Tammy Wilson
Thanks for stopping by! My name is Tammy and I'm married to a pretty great guy named Dave who has the amazing ability to make me laugh every single day. I also am the mother of three boys, Jaron, Tanner, and Gabe. They are terrific kids and are the majority of the reason why I spend so much time scrapbooking. Scrapbooking is my creative outlet that allows me to document each and every moment of our lives in hopes that someday it will be valuable to somebody! :)

The newly fallen snow over the weekend has been a breath of fresh air for me. I needed some distraction from the stress of work and playing in the snow with Gabe made me appreciate the important things in my life. I am so thankful for my family.

Here are a few pictures of our adventures: 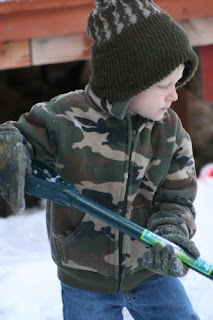 My little Gabe shoveling snow off the deck. Isn't it great that he's still young enough to think chores are fun??

We did some more driveway sledding this morning. Not quite sure there was enough snow to really "sled" because the rocks and gravel felt awful close to my rear end under that sled. We'll see what kind of shape I'm in when I try to get out of bed tomorrow! LOL 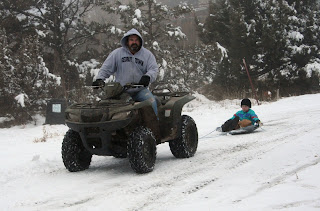 This picture of Gabe laying on the sled just cracks me up. I finally had to make him sit up because it was making me too nervous. I kept trying to picture myself explaining this one to an ER doctor! 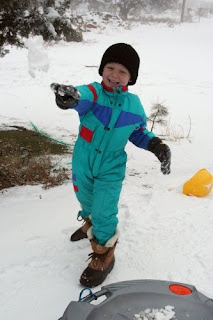 Nice huh? I caught a picture of this snowball in mid-flight right before it hit my really expensive camera. What a little stinker!

Since I've given you an update on Peck and Pearl. Peck and Pearl have basically become our family mascots. They are our official "greeters" when anyone comes to our house and they are quite nosy about it too. I have to admit that I enjoy them running up to the fence grunting and squealing to greet me every evening and can't imagine how they could ever become dinner.

Ok, so funny story about Peck and Pearl. When I got home this evening the pigs were laying out in the middle of the pen in the snow. They had completely destroyed their straw house...I'm pretty sure they didn't huff and puff to knock it over (sorry, I couldn't resist! LOL) but never the less they made a pretty big mess. When Dave got home he rebuilt their house making it bigger and used a board for the roof. They seemed happy with that for the moment.

A while later, Dave was sitting at the kitchen table and he says "look at that crazy pig!" We both peeked out the window since you don't dare open the door because when they hear you they come running. Pearl was standing on top of the pig house...right above Peck! She is so heavy now that the plywood board was sagging and I just knew she was going to break it and kill Peck. I ran to grab my camera, slipped on Dave's shoes and took off out the door to save Peck from sure death. Thank goodness he was smart enough to get out from under her! Eventually Pearl took a header off the roof and came over to greet me. Geez, the saga never ends with those two! Gotta love the life of a pig farmer. 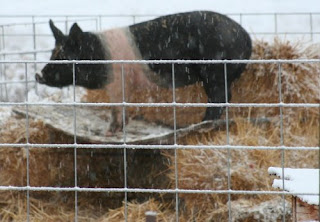 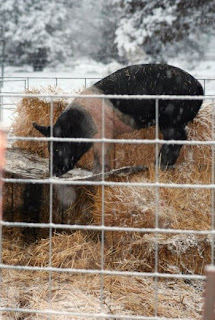 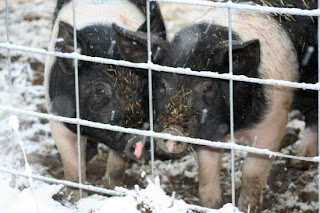 That's Pearl on the left and Peck is the one with the big ears on the right. Aren't they cute?

I hate it when they grow up!

I dropped Tanner off at his friend's house yesterday afternoon where they were all getting ready for Cinderella Ball. I watched him as he nervously placed the corsage on his date's wrist and I got so sad. He's growing up... 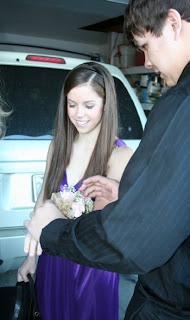 Cindy revealed the February "Perfect Getaway" kit at Citrus Tree Studio today. It is such a fun kit and uses the Bella Blvd. "Pack Your Bags" Collection. Here are my DT projects for the month: 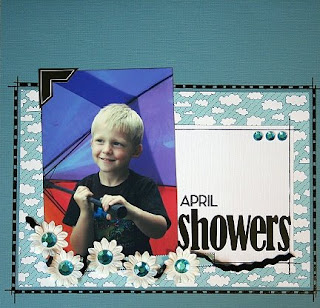 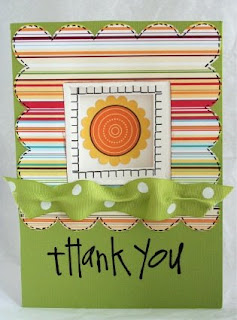 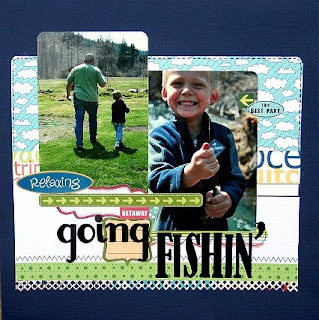 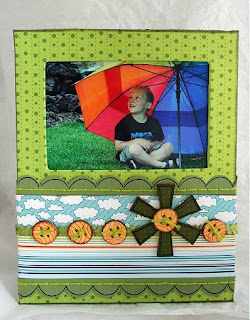 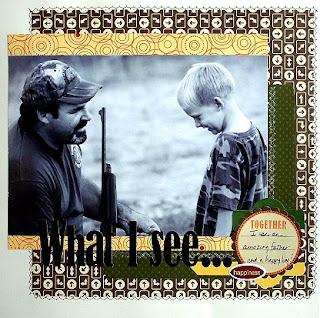 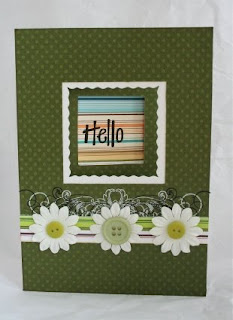 My poor family. I spent most of the weekend either in front of my computer or down stairs in my scrap room. I did manage to get the laundry done and the dishes washed but that's pretty much it! The Super Bowl Weekend Crop at Citrus Tree Studio was a huge success in my opinion. There were a total of 10 challenges posted and a ton of games. The prizes were amazing and I really had a lot of fun.

I managed to complete a total of 8 of the challenges but two of them don't count since I'm the one that issued them. I'm going to post all of my projects but you should understand that there is a big difference between my design team work and my layouts for myself. I just wanted to get that straight so that you don't look at these and say..."did she really do those??" LOL!

The first two are the challenges that I issued. One was a technique challenge and the other was a scrap lift challenge: 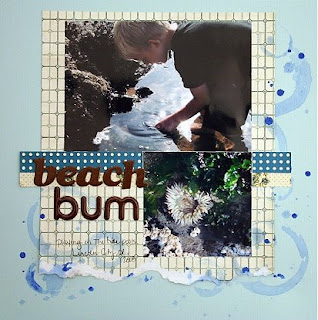 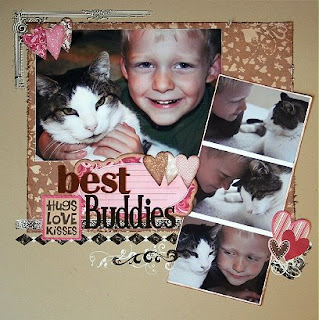 The next two challenges are sketch challenges. The first is by Nicole and the second one is Jana's sketch: 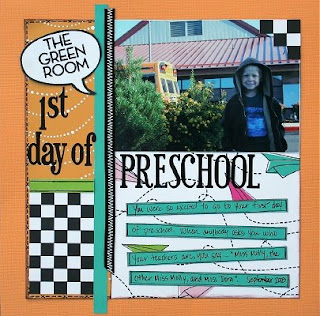 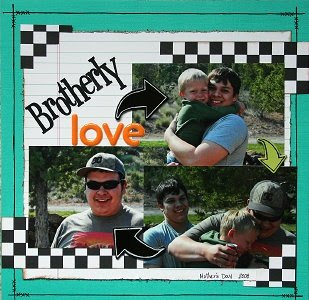 The rest of these layouts/projects are based on other various fun sports-themed challenges: 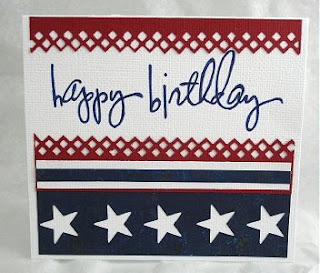 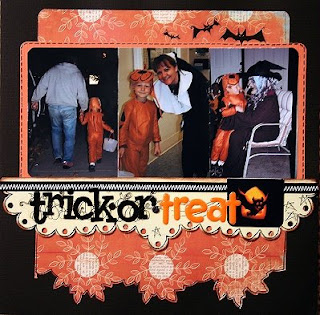 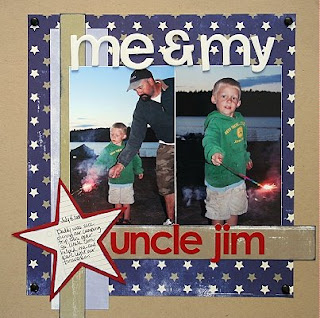 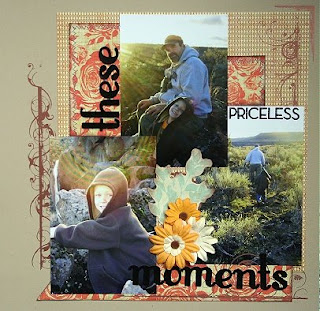 I'm really excited because I got caught up on a lot of the events from the past year that needed to be scrapped. Wahooo, thank goodness for crops!